What 3-Day Eventing Is

3 Day Eventing is an equestrian event which comprises dressage, cross-country and show-jumping. This event has its roots as a comprehensive cavalry test requiring mastery of several types of riding. It has previously been known as The Military, Horse Trials, and Combined Training.

Eventing is commonly seen as an equestrian triathlon, because it combines three different disciplines in one competition. 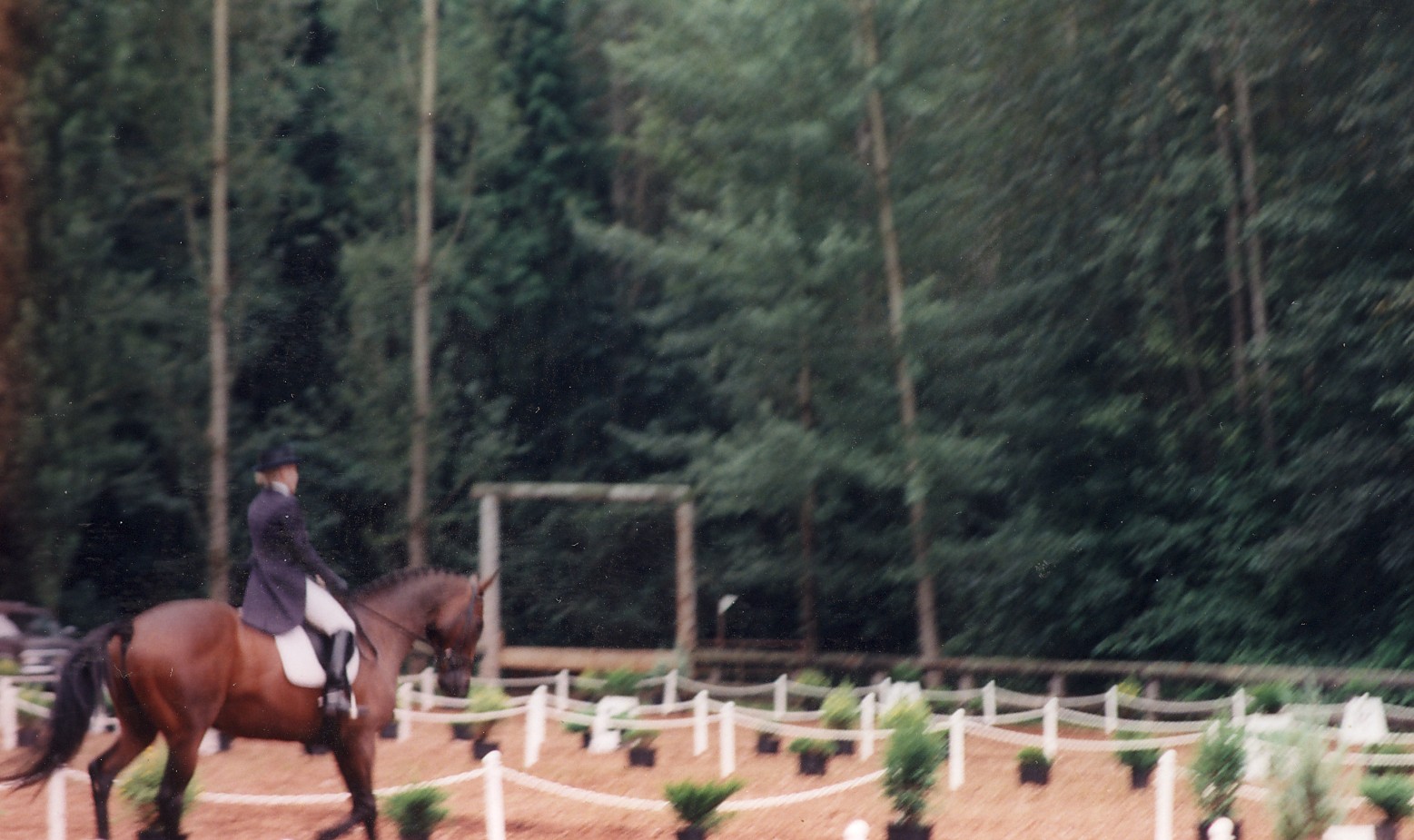 The dressage phase is held on the first day and is a specific pattern that the horse and rider must complete correctly. The competitors within each level all ride the same test. There are no jumps involved in this phase, and the competitor is judged on every movement that is made. They are scored out of 10 on each move for their balance, rhythm, suppleness and accuracy. The challenge is to demonstrate that the horse and rider have the training to perform in a relaxed and precise manner. 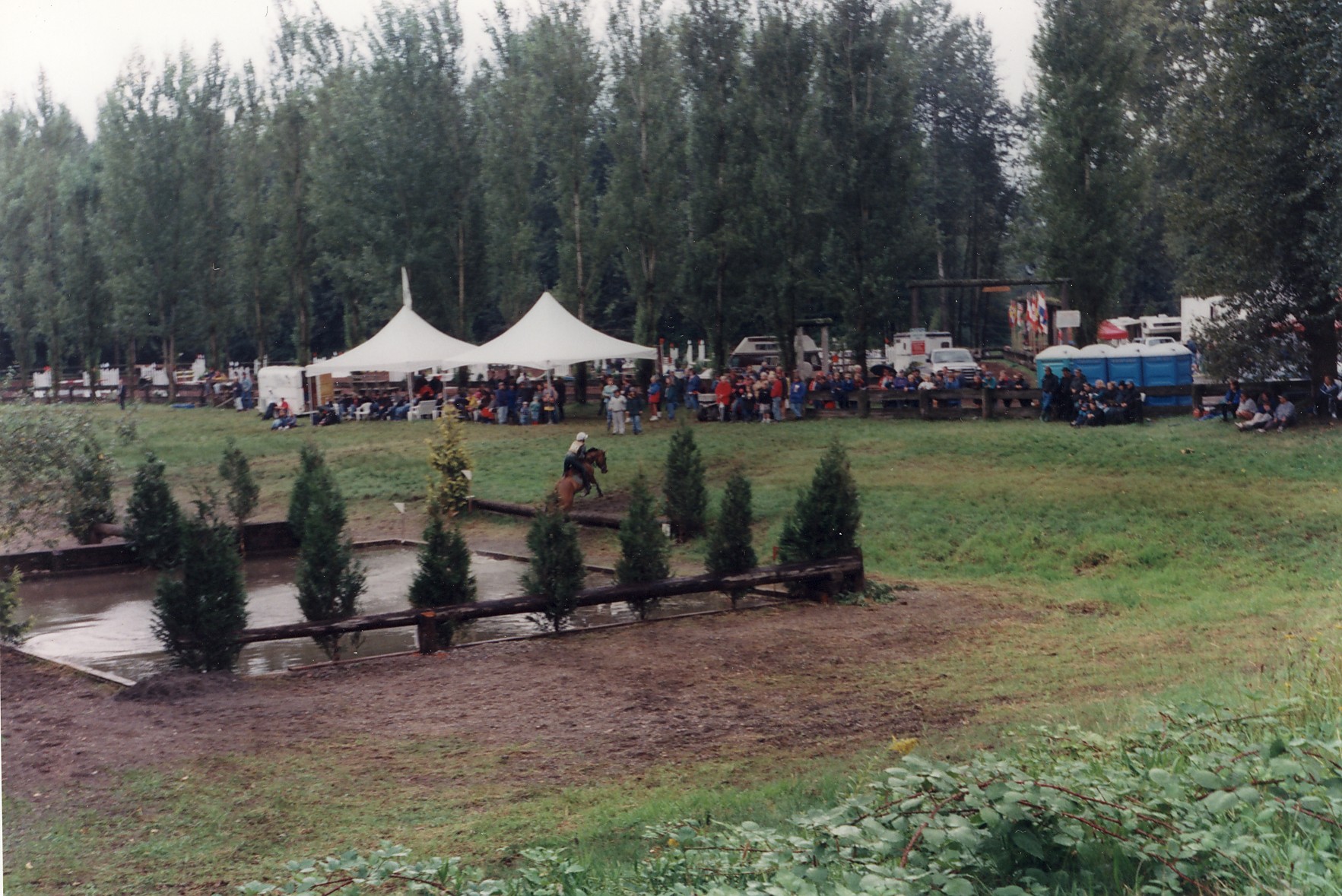 The next phase is cross-country which requires both horse and rider to be in excellent shape and exhibit skill and bravery. This phase consists of approximately 12-25 fences depending on the level. The jumps are placed on a long outdoor circuit with natural obstacles such as logs, water, hills, ditches and banks. The course is about a kilometer or more long depending on the level. Lower levels will have a shorter course with less jumps that are much smaller compared to the higher levels. This phase is timed and the rider is required to cross the finish line within the specified time frame known as the optimum time. Crossing the finish line after the allowed time results in penalties for each second late, or if the rider is too early. Penalties are also incurred if the horse refuses to jump a fence and  the penalties that it is extremely difficult to finish in a top position with a refusal. If a rider or horse falls while on course, the competitor is eliminated and is out of the running to win their division. Cross country is done to test the horse and riders endurance because they must maintain a specific speed if they want to finish within the optimum time.

In the past, 3-day events also included Phases A, B, and C along with Cross Country (Phase D). Phases A and C, Roads and Tracks, were several miles long and usually ridden at a trot to make the time. Phase B, Steeplechase, is a very fast gallop over several Steeplechase-like fences. All four phases together require an extremely fit horse at the top level of the sport. Before embarking on Phase D horses must be presented before a vet who checks that they are sound and their heart rate has recovered sufficiently whilst in the "ten-minute box". In our area, 3-day events do not have phases A, B or C.

After crossing the finish line for cross country, horses are inspected by a veterinarian to ensure that they have not incurred any injuries from the ride. If horses are found to be injured or unsound, they are not able to compete in the final day of the show. 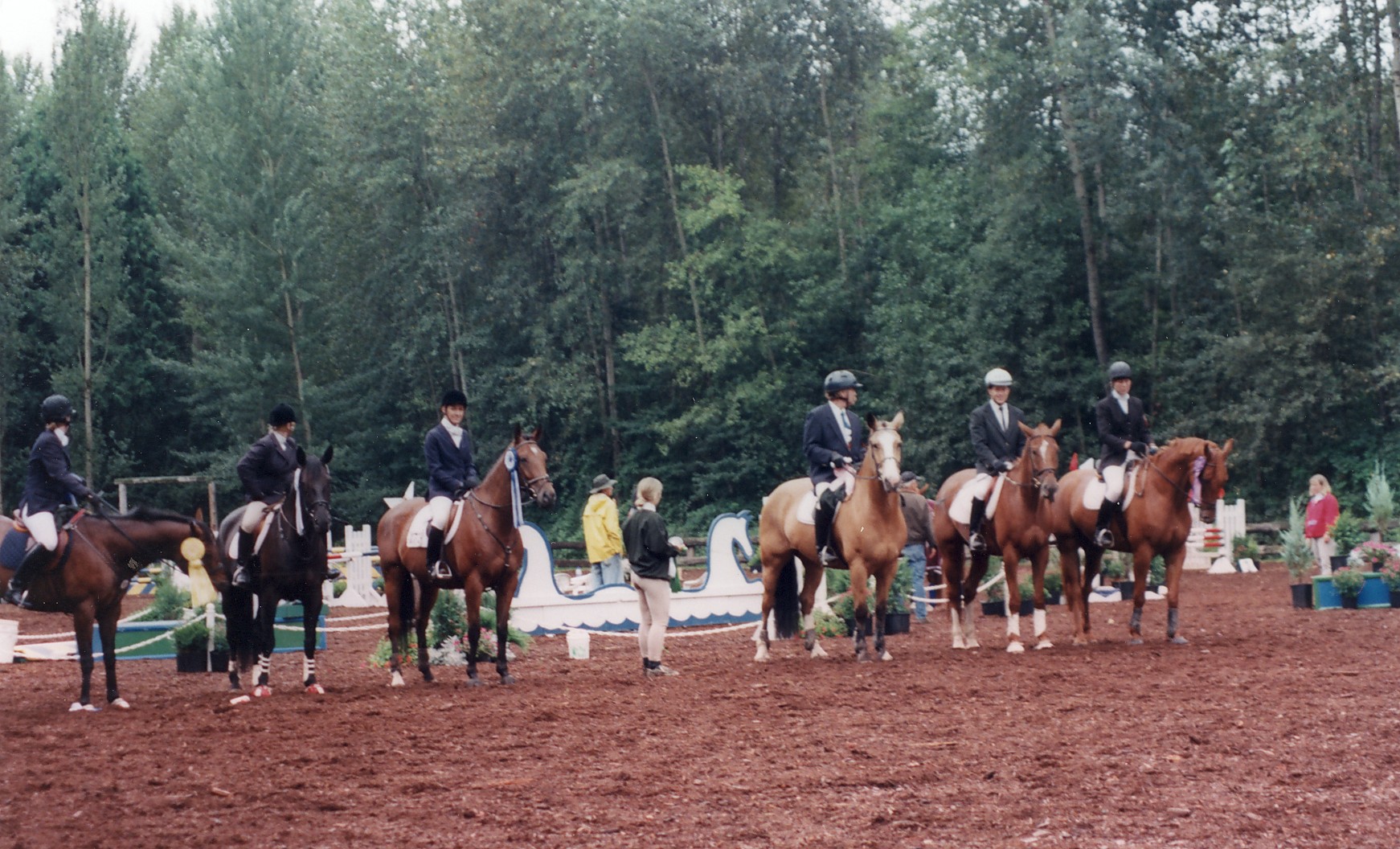 The last phase of the event is showjumping which tests the technical jumping skills of the horse and rider. In this phase, 12-20 fences are set up in an arena. The fences are brightly coloured and decorated with greenery donated by a local organization. If the horse and rider are not in adequate shape or do not have the technical skill, they will knock down the poles which leads to penalties. This phase is also timed, with penalties being given for every second over the optimum time. Riders must be able to keep a specific speed while jumping cleanly if they want to avoid getting any penalties.

The History of the Three Day Event

First called the "Militaire," the Three Day Event has its roots as a test for horses used as cavalry mounts. The predecessor to eventing originally began as a form of endurance riding, without jumping or galloping. Such competitions in 1892 included a ride travelling a 360 mile distance from Berlin to Vienna (the winner completed the ride in 71 hours and 26 minutes). However, these competitions did little to prepare horses and riders for actual combat, and so around the end of the 1800's, the French began 'raid militaires', which is the true forerunner to the three-day event.

3-day eventing competitions that resembles the current competitions were first held in 1902, but were not introduced into the Olympics until 1912. The dressage originally demonstrated the horse's ability to perform on the parade ground, where elegance and obedience were key. Cross-country began as a test of stamina, courage, and bravery over difficult terrain, important for a charger on long marches or if the horse was asked to carry a dispatch across country. The stadium jumping phase was to prove the horse's continuing soundness and fitness after the difficult cross-country day.

The Olympic Eventing Competition was originally open only to military officers in active duty, mounted only on military charges. In 1924, the event was open to male civilians, although non-commisioned Army officers could not participate in the Olympics until 1956. Women were first allowed to take part in 1964.

The first annual, Olympic-level event developed was the Badminton Horse Trials held each year in England. It was first held in 1949, and Badminton was created after a poor performance by the British Eventing Team at the 1948 Olympic Games. Its purpose was to be a high-class preparation event and extra exposure for the military horses who very rarely had the chance to compete. At first, only allowed British riders to compete (although women were allowed, despite being banned at this time to ride in the Olympics), but the competition is now open to all. To this day, Badminton is one of the most prestigious competitions in the world.

The second three-day competition to be held at Olympic level each year was the Burghley Horse Trials, first held in 1961. Burghley is longest running international event. The first CCI held outside of Britain on an annual basis was the Rolex Kentucky Horse Trials, held each year in Lexington since 1978.

Since the first few events, course design has become increasingly more focused on the safety of the horse and rider. Fences are built more solidly than in the earlier days, encouraging a bold jump from the horse, which helps to prevent falls. The layout of the course and the build of the obstacles encourage the greatest success from the horse. Safety measures such as filling in the area between corners on cross-country or rails of a fence help prevent the entrapment of the legs of the horse, decreasing the number of serious falls or injuries.

The newest improvement in cross-country safety is the frangible fence, which uses a pin to hold the log of an obstacle up. If a horse hits the obstacle the pin will break, and the horse would fall to the ground instead of getting caught in the fence. This technique helps to prevent the most dangerous situation on cross-country when the horse hits a solid fence between the forearm and chest, and somersaults over sometimes falling on the rider. This type of fall has caused the death of many riders and horses.

Leg protection for horses has also improved. Very little was used in the early days, even on cross-country. However, it is now seen on every horse and almost every level in every division aside from dressage.

Rules protecting riders have improved as well. Riders are now required to wear a safety vest on cross-country, as well as a helmet with fastened harness while riding. Many riders will also use an inflatable vest, which is attached to their saddle with a strap. If the rider has a fall the strap that is attached to the saddle will pull out a pin in a CO2 canister that is in the riders vest. The vest will inflate and it protects the riders neck, back and abdomen.

Recently, the phases A,B, and C have been excluded on cross-country day from 3-day events. This is mainly due to the fact that the Olympic Committee was considering dropping the sport of eventing from the Olympics, due to the cost and large area required for the speed and endurance phase with a steeplechase course and several miles of roads-and-tracks. To save the sport, the 'short format' was developed by the FEI, which excluded the phases A, B, and C on endurance day while retaining phase D. The Olympic Games that included the long, or 'classic' 3-day format was the 2000 Summer Games in Sydney, where American David O'Connor won the individual gold medal aboard 16 year old Custom Made.

The change in format has brought about controversy. Many wanted the continuation of the classic format, believing it was the "true test of horse and rider." Others believed the classic format was superior because it taught horsemanship, due to the extra preparation needed to condition the horse and the care required after the several miles of endurance day. However, some upper-level riders claim to prefer the short format, as they believe it saves wear-and-tear on their horses and allows the horse not only to compete in more 3-days each season, but decreases the chance of injury to the horse.

In Canada 3-Day Eventing is broken down into the following levels: